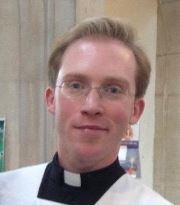 Last Sunday morning, as Christians throughout the UK gathered for worship, the deadliest mass shooting in US history was taking place inside Pulse Nightclub in Orlando. 49 people were killed and 53 wounded.

Foremost in our thoughts and prayers should be the loss and the grief of the people of Orlando. Those who died. Those who are still recovering. The families who have seen their loved ones harmed.

But among the concern for the victims there has also been an incredible amount of anger which has at points this week threatened to distract us from the need to pray, the need to grieve and the need to love.

The Church of England’s Official Twitter Account provoked the anger of many by posting a prayer in response to the horrific events in Orlando that made no specific mention of this being an attack on the Lesbian, Gay, Bisexual and Transsexual community. Why can’t you name us? Was the furious response.

The political columnist Owen Jones walked off the set of Sky News in disgust during a review of the newspapers because he felt that the attack was not being sufficiently named by the other journalists as an LGBT hate crime.

Many sympathised, pointing to the lack of LBGT commentary on the attacks. Others, such as Rod Liddle of The Spectator accused Jones of demanding a sort of "acquired victim status" and trying to make the attack all about him, because he happened to be gay.

I’ve not seen an article so vehemently aggressive as Liddle's in the treatment of others who have been keen to point out where attacks have been perpetrated against a specific groups of whom they are part. Perhaps it helps Liddle attack Jones so passionately as like him, he is white, male, British, cis-gendered and highly educated?

President Obama, on the other hand, was clear to mention in the very opening of his speech after the atrocity in Orlando that this was an attack specifically targeted against LGBT people. He told the world that in the wake of such atrocities LGBT people need more than ever to be reminded that they are not alone. We need to be reminded that people stand with us. That the church stands with us. That people all over the world are standing with us, thinking about us and praying for us.

And most dangerous of all, without naming us, the church tempts the LGBT community of which I am part, who are far from infallible, to simply pull up the draw bridge in response. To storm off the set, or out the church. To give up on rational discussion. To stop listening. To feel betrayed. To give up on the church and on faith and even on Christ. To label all Christian’s as somehow complicit in our persecution. To isolate. To exclude. To speak from fear. To use language in the very hate-filled way it has been used against us and, by so doing, to render ourselves no better than our oppressors

Only when we are named can the long path to forgiveness and reconciliation begin. The church is beginning to fully accept where and when it has been complicit in the violence and discrimination against LGBT people. This is healing and this helpful. Only when these instances are named can we reclaim names that have been used as labels of negativity captivity and fear and transform them into identities of positivity, freedom and courage.

And make no mistake. Simply doing nothing. Simply saying nothing. These are actions. These are choices. To be silent and still in the face of injustice and inequality is an action. It is a choice for which each of us will be held to account.

In this Sunday’s gospel Jesus crosses over the Sea of Galilee to the land of the Gerasenes. This is a journey no self-respecting Jewish Rabbi would take. Why? Because it is more than just a journey. It is a crossing of boundaries. By journeying to the land of the Gerasenes Jesus is setting foot in the land of the Gentiles. He is crossing the boundary from the world of the safe and the clean and the respectable to an untouchable place. And Jesus visits this place for the sole purpose of reaching out and touching the life of the most untouchable of men. Legion. A man who is not just possessed but occupied. Occupied by an army of unclean spirits.

Just think about that name for a moment.

The man has no real name. He has no identity. He can only describe himself in the terms of the forces that enslave him, that entrap him, that destroy him.

I may not be “Legion.” But take your pick. Are any of us really that different to this man? Aren’t all of us tempted to define ourselves by the things that hold us back rather than that which gives us life?

But remember. This is NOT the end of the story.

NO MORE will we be defined by that which holds us captive.

NO MORE will be defined by fear, by lack or by privation.

NO MORE will we be defined by any less than the names by which Christ calls us in our Baptism.

You are God’s beloved children. You are children with whom He is well pleased. You are unique and wonderful creations. Your diversity is God’s diversity. You are loved without exception, without condition, as the beautiful people whom Christ loved so much that He lay down His life for you on the cross.

And there will be many moments in your life when you will have to silence the voices inside you which try to define you as anything less.

Like Luther, tell them loudly to depart. Tell them to get lost. You are not defined by the things that hold you captive. You are freedom. You are courage. You are baptised!

You know? Right now. We really do need to hear this message.

We need to hear it because there are other forces in our world that are quick to name for altogether different reasons.

Why? Answers Obama. Because to do so would be to play into the very hands of extremism.

“Groups like ISIL and Al-Qaeda want to make this war a war between Islam and America. Or between Islam and the West. They want to claim that they are the true leaders of over a billion Muslims throughout the world who reject their crazy notions. They want us to validate them by implying that they speak for those billion plus people. That they speak for Islam. That’s their propaganda. That is how they recruit. And if we fall into the trap of painting all Muslims with a broad brush and imply that we are at war with an entire religion then we are doing the terrorists work for them.”

The truth is that Omar Mateen and sad, self-loathing, hate-mongering individuals like him are no more spokesmen for Islam than the Westboro Baptist Church are for Christianity. No Christian should buy into the sloppy stupidity of labelling a whole religion as complicit in the violence of the few.

Whenever we want to feel safe our first recourse is always to label, discriminate and become more watchful of those whom we feel are “out to get us”. It does not work. It has never made us safe. It have never even made us feel safer. Yet our memories are short. And politicians, religious leaders, or even those who just want to sell us something, have exploited our fears to get our votes or influence our behaviour. It’s a quick win. But God isn’t cheering. It’s a much longer, harder and more exhausting game to build community through hope. But this is the Kingdom of hope, the Kingdom of God we are called to name and receive.

Lastly, at the end of this horrific week the murderer of the politician Jo Cox gave his name to the court. He gave his name as “death to traitors, freedom to Britain.” And in so doing he became the very embodiment of what it means to lose your identity and define yourself through a label of hate. He has no name, no identity left, except for what he is captive to.

If we were to abandon freedom, democracy and unity in response to all the acts of hatred, violence and anger we have witnessed this week we have would make it easier to radicalise people. We would increase fear. We would further polarise and disconnect our world. We would betray the very things we were trying to protect, our civil liberties, and the terrorists and murderers would have won. We would become the very name we were trying so hard to disown.

‘Wasting Time’ with All the ‘Wrong’ People.

A reflection on Luke 9:51-55 and the result of the EU Referendum.